Les Maidment is 100 and moving well, thanks to physio 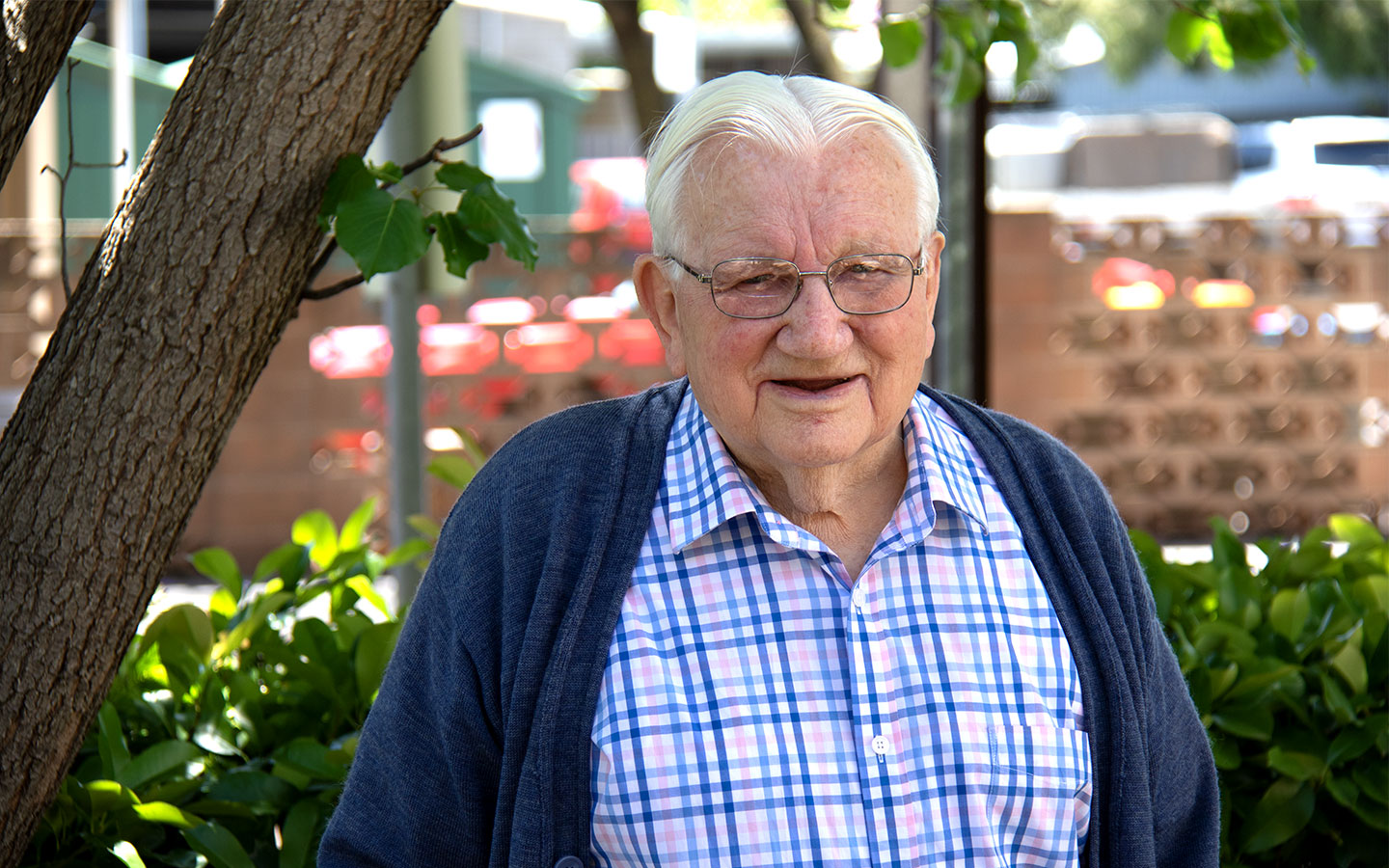 Centenarian, Les Maidment has a physiotherapy session at Novita Health every fortnight and when asked if it’s worthwhile he says his mobility is the answer.

Les worked in various roles during his career, from a grazier to a Chief Property Officer of the old E&WS (Engineering and Water Supply Department), and he says a lifetime of physical work has taken a toll.

“I was a grazier at Ashbourne for 10 years where I did a lot of heavy work there from fencing to lifting bags of superphosphate,” recalls Les.

“I think that’s where the back problems started but they haven’t become too bad because they’ve been controlled by the physios.

“When I started physio I did a lot of exercises on the floor to energise my back. Nowadays the exercises they give me are the reason I’m still able to walk,” he says.

Les’ physio at Novita Health, Jacquie Beltrame, says the key focus of her work is to maintain mobility and do as much as possible to manage and reduce pain.

“Our focus with Les has shifted to postural exercises,” says Jacquie.

“The exercises centre around keeping shoulders back and chin tucked in, while working the neck and shoulders.

“As people get older it’s really important to keep them out of a “flexed” position (hunched forward), which not only helps them stay more mobile but has an added benefit of reducing the risk of falls.”

Jacquie adds the regular fortnightly appointments are important for Les for a range of reasons.

“It’s more than just coming in to the physio for some exercises and hands-on treatment, it’s about coming in and having that social interaction while discussing other things and checking up on his overall health.

“Because we see Les regularly, we’re able to modify each session depending on how he’s feeling and responding to various aches and pains,” she says.

Jacquie says Les is a great example of why you are never too old to benefit from physiotherapy.

“The older you get the greater your need for physio, exercise, and support in looking after yourself,” she says

“However, whether you’re very old or very young, we all have vulnerabilities and in many cases these overlap, so working with clients of all ages boils down to building a connection of trust and then responding to individual needs.”

Jacquie says that aside from her professional interest in having Les maintaining his fortnightly sessions at Novita Health, she says his presence also has an inspirational effect on her.

“Les is just a lovely human being to work with. It’s a treat for me to see him as well as for him to see us. He’s a very inspirational person and I think one of the things that has helped him live for so long is his amazing positivity.”